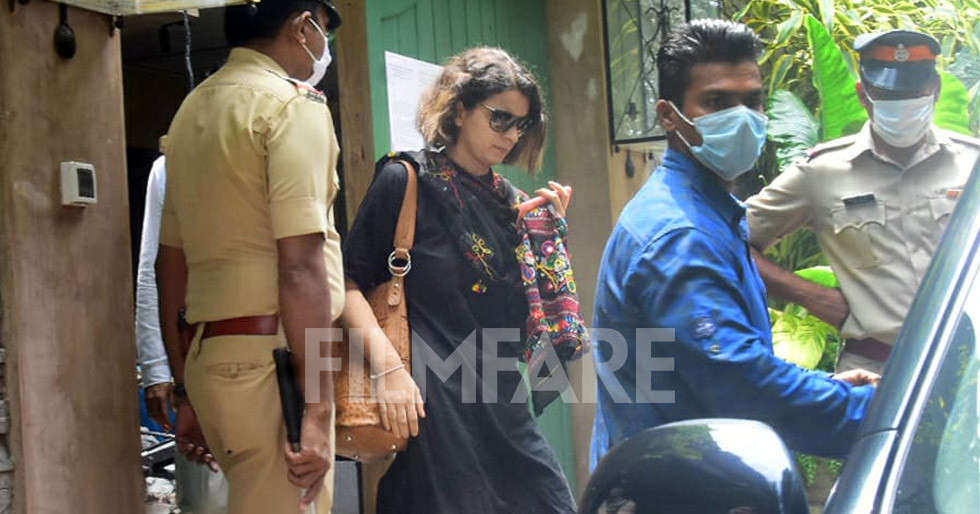 Kangana Ranaut arrived in Mumbai yesterday amidst a lot of chaos. The actress was the center of media glare as she changed the terminal she exited from last minute at the airport to avoid the crowd gathered there. Kangana’s office was demolished to a large extent yesterday and today her sister Rangoli Chandel who arrived with her from Manali yesterday was clicked at the office today. Rangoli visited the demolished site and swiftly made her way to her ride amidst the media frenzy.

Kangana herself hasn’t come to the site till now, but the actress released a video yesterday stating that what has happened to her is completely wrong. She further stated that today her office has been demolished and tomorrow Uddhav Thackeray’s pride will be shattered. Keep watching this space for more updates on the same.