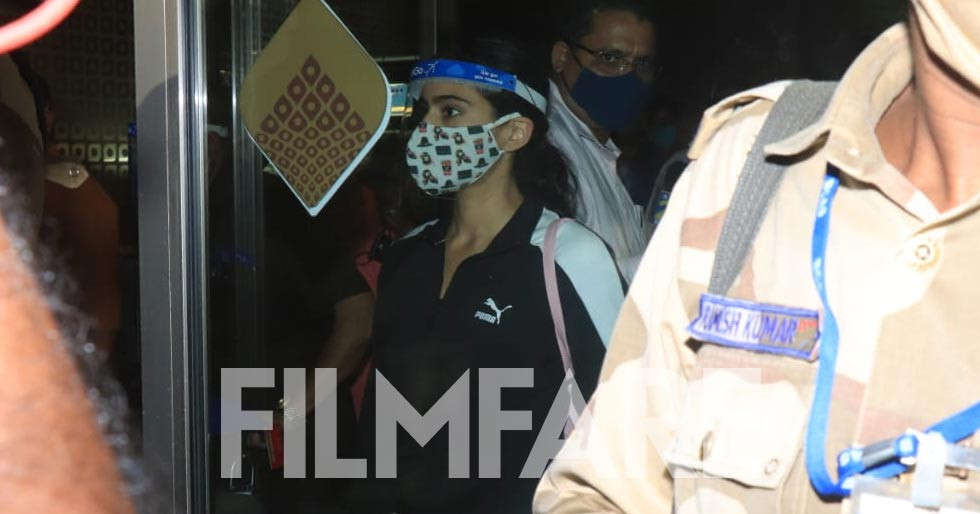 Sara Ali Khan is one of the four actresses who have been named in the Bollywood drug nexus case by the Narcotics Control Bureau. Apart from Sara, Deepika Padukone, Rakul Preet Singh and Shraddha Kapoor’s names have come forward. Deepika was in Goa since the past few days as she just began shooting for Shakun Batra’s next and Sara too was in Goa but for a family vacation. However, reports suggested that both the actresses have left from Goa after getting summons by the NCB.

The shutterbugs snapped Sara Ali Khan as she arrived in Mumbai admist chaos at the airport. Sara quickly entered her ride amidst media frenzy with her mother Amrita Singh and brother Ibrahim Ali Khan. Sara is expected to be interrogated by the NCB on September 26, 2020. Keep watching this space for more updates.
Post Views: 10