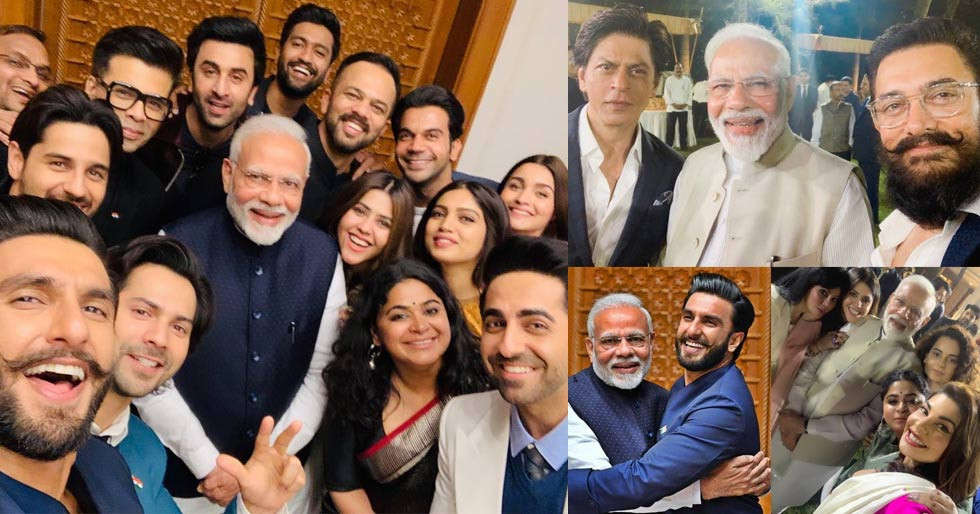 Prime Minister Narendra Modi is celebrating his 70th birthday today and, as expected, social media is flooded with happy birthday wishes for him. Bollywood stars too have been wishing the Prime Minister.  Narendra Modi has often interacted with Bollywood stars. One such moment was Mahatma Gandhi’s 150th birth anniversary when Bollywood biggies like Shah Rukh Khan, Aamir Khan, Kangana Ranaut, Ekta Kapoor, and others were invited for a meeting with the PM.  Many pictures from that night had surfaced and had gone viral on social media.  On the occasion of the PM’s birthday, we take a trip down memory lane and present pictures from these epic gatherings. Scroll below to see them all.

The session was good and informal, says director Imtiaz Ali. He also highlights how this effort will add strength to popularising Gandhian thoughts. pic.twitter.com/B39UfOu0LE