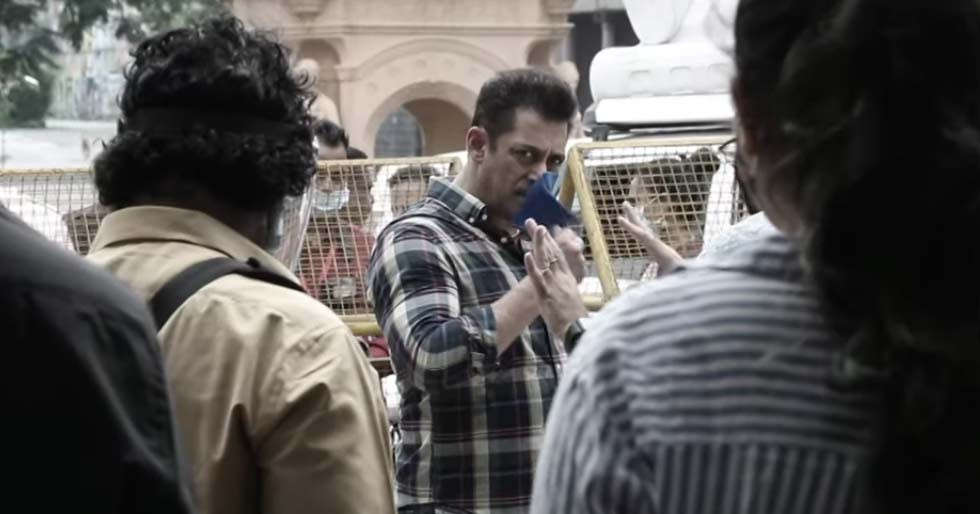 Salman Khan, Disha Patani and Jackie Shroff star together in Prabhudeva’s Radhe: Your Most Wanted Bhai. The film’s shooting had stalled in March after the pandemic hit the world and now just a few days back, the cast and crew resumed shooting for the project. Salman, Disha and Jackie were in Karjat to shoot a song and few other sequences. The makers of the film today shared a behind-the-scenes video from the sets of the film giving a closer look at how the things are functioning amidst the new normal.

Jackie Shroff is seen saying that team Radhe has been taking care of all the necessary guidelines laid by the government, while Salman, in the end, says, “Bhai 6 mahine baad aya hoon, thoda time lagega” while trying to get the steps right during the song’s shoot.